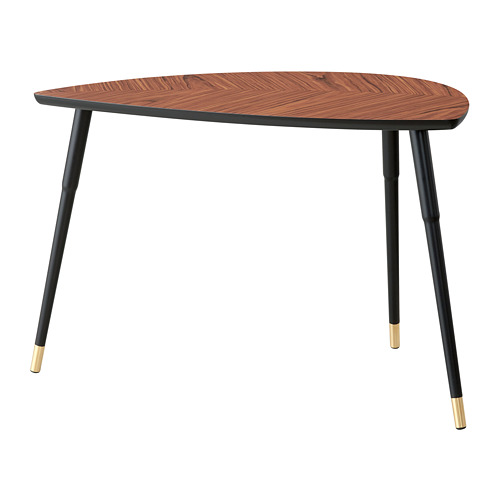 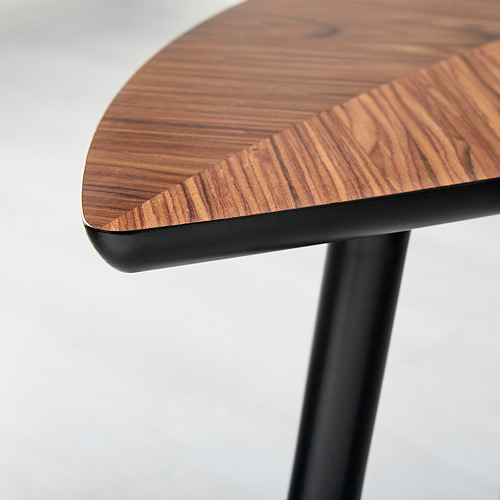 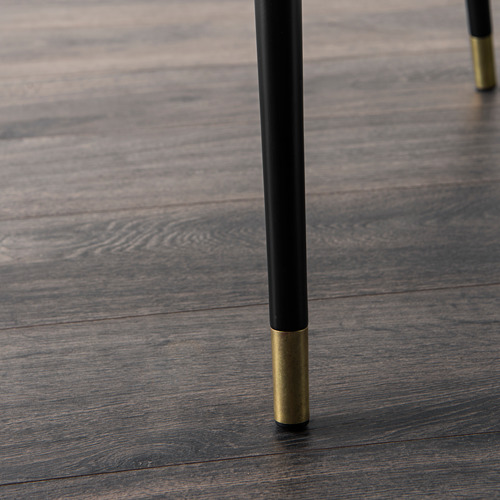 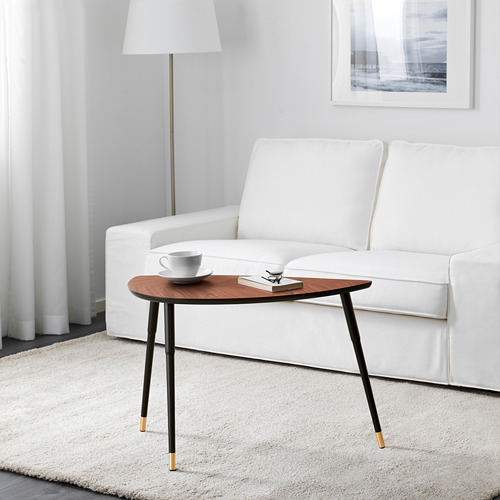 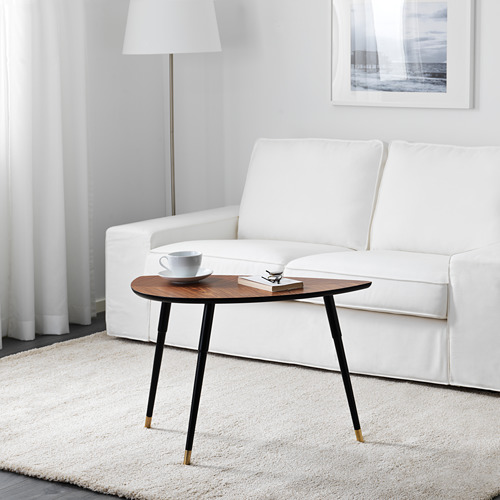 The distinctive grain pattern in the poplar veneer gives each table a unique character.

The veneered surface is durable, stain resistant and easy to keep clean.

The table can be moved across the floor without worry because the plastic feet protect against scratching.

Wipe clean with a damp cloth.

Check regularly that all assembly fastenings are properly tightened and retighten when necessary.

The return of a classic

Perhaps if Gillis Lundgren owned a truck the IKEA you know today would be very different. You see back in 1955 it was Gillis' small car plus a slightly too large table, that were the inspiration for the IKEA Concept as we know it. By removing the table's legs so it would fit in his car, Gillis realised it would be easier and more affordable for people to take their furniture home and assemble it themselves. And the table that started it all? These days it's called LÖVBACKEN.

Product is possible to recycle or use for energy recovery, if available in your community. 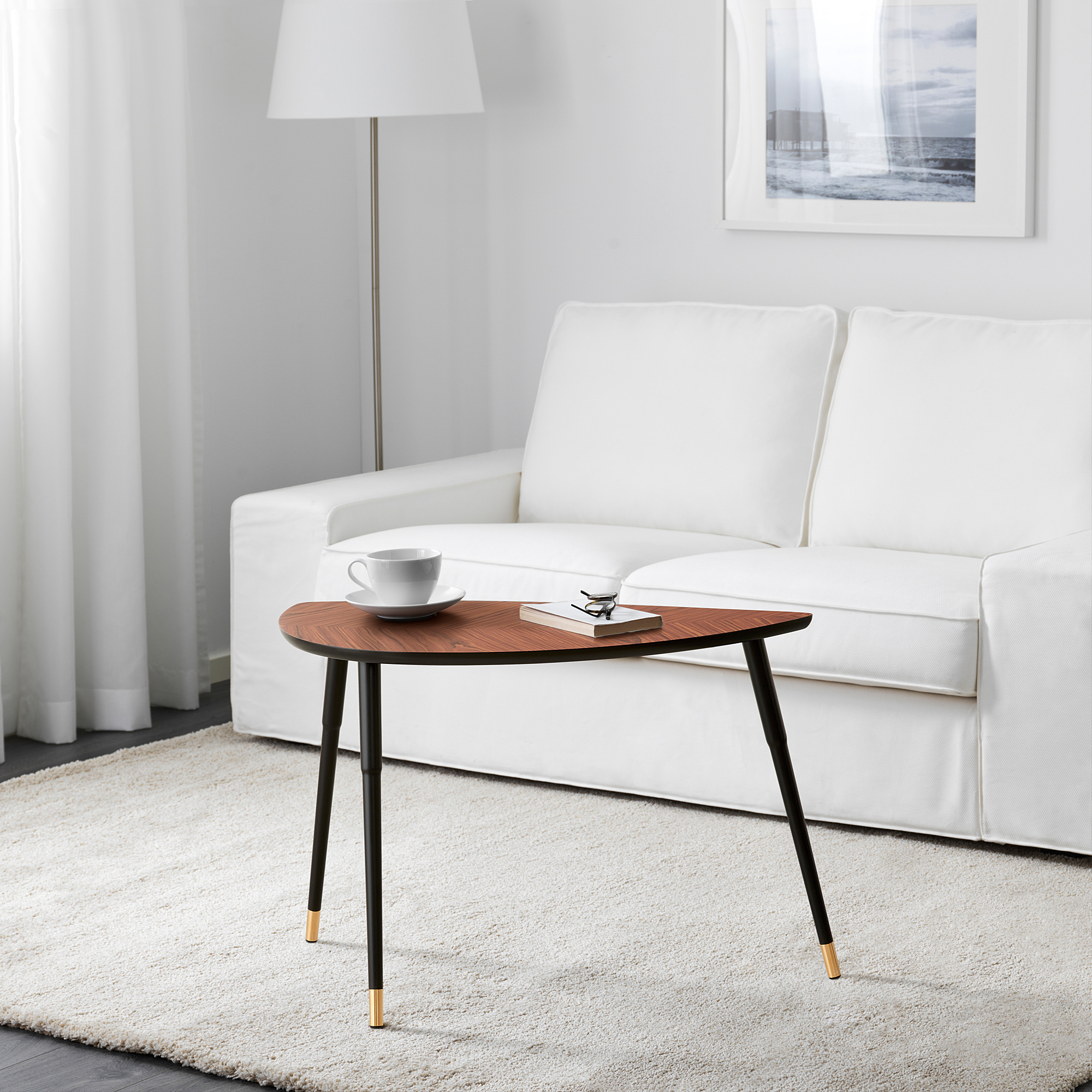 The return of a classic

Perhaps if Gillis Lundgren owned a truck the IKEA that you know today would be very different. You see, it was Gillis' small car combined with a slightly too large table that inspired the flat pack concept as we know it, and setting IKEA down a path completely different to any other furniture maker.

So, many things that you might associate with IKEA sprang from that moment, from the flat pack, to the idea of assembling your own furniture, to the ultimately more affordable price tag that comes with doing things yourself. And the slightly too large table? These days it's called LÖVBACKEN and it's almost identical to that original table from the 50's.

An idea is born

If we look back to 1955, we can see Gillis, the marketing director of the still newly established IKEA exiting a furniture maker's workshop in rural Sweden. In his hands he has a sample of LÖVET, a graceful, leaf-shaped coffee table, to bring back to the IKEA headquarters. We can imagine him get to his car, open the trunk and flip the table to fit it inside. Only it doesn't. Maybe now he moves towards the front seat, angling the table in legs first in an attempt to fit it in. A shuffle here, a twist there. No luck. It's now perhaps eyeing the legs that he comes up with a plan. Why not just saw them off and reattach them later? The rest, as they say, is history. By tapping into the idea that it would be easier and more affordable for people to transport their new flat packed furniture home themselves and then assemble it themselves, the IKEA Concept was born.

Bringing back an icon

Flash forward to 2013 and product developer Glen Bengtsson sits with IKEA founder Ingvar Kamprad in the small Swedish town of Älmhult. Amongst plans for new products, Ingvar has a special request. "He wanted us to have a look into the treasury books for some 'good old products' that we could bring back again," Glen says. "Over the years we could see that many people were very interested in these classic designs, and we felt the time was right to bring some back." Working with the Kamprad family, Glen says it was decided to remake a series of classic furniture from the 50's and 60's, including the most iconic piece of all — the coffee table LÖVET. The only hitch was that no one had the plans anymore. "We actually had to go to the IKEA museum to borrow one of their exhibits so we could trace the shape, weigh the table and photocopy the legs to prepare for production." Glen says.

The aim of production was to produce a replica as true to the original as possible, with one important difference. "We no longer use the original jacaranda wood for the tabletop," Glen says. "It's an endangered species these days, so we now use more sustainable species, cut in a way so that they look identical. If you have the two side by side, it's almost impossible to tell the difference." The new version renamed LÖVBACKEN, now joins the IKEA family. Naturally it comes in a flat pack with the legs separate for assembly at home. Just like the original table from all those years ago.