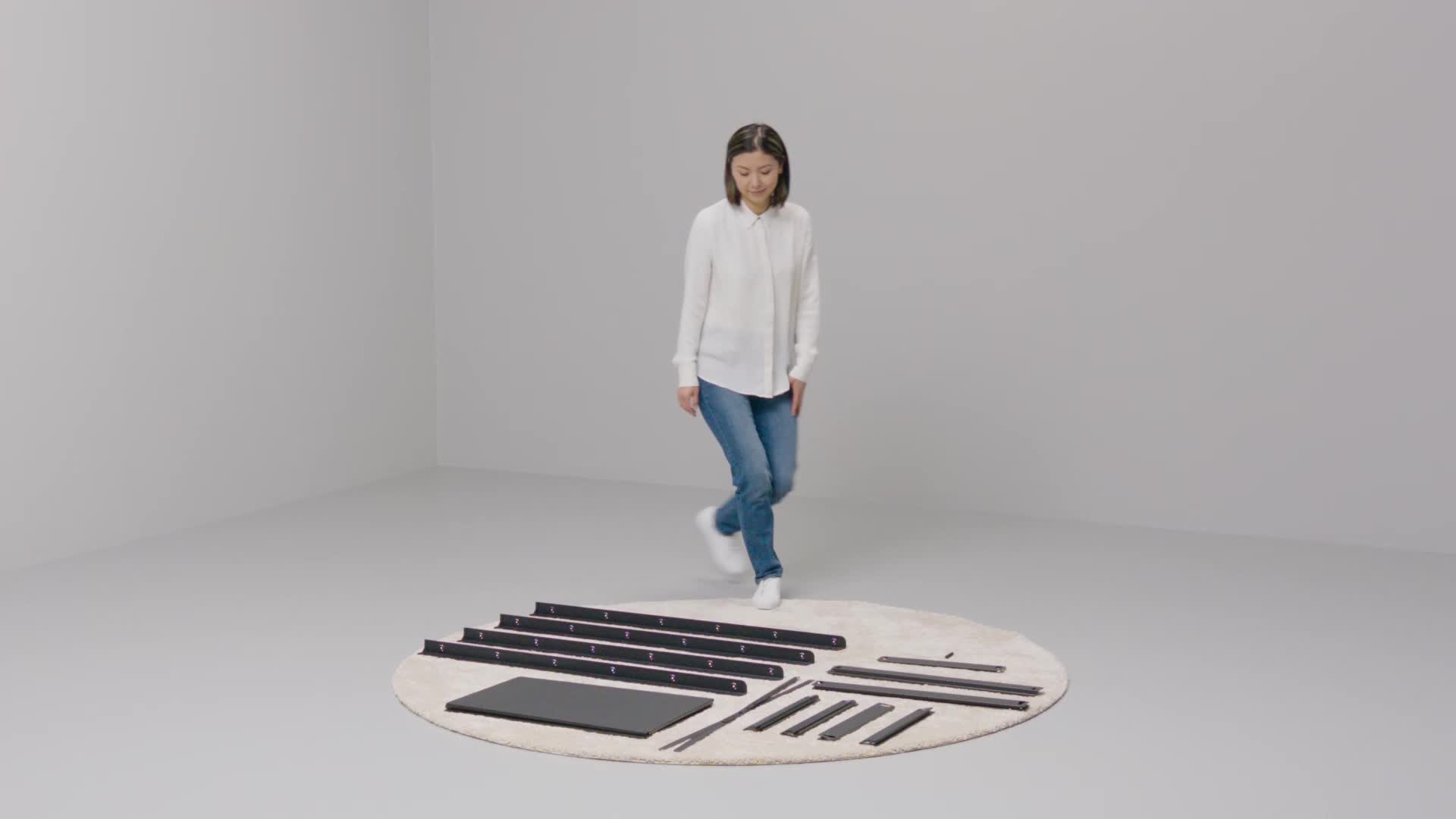 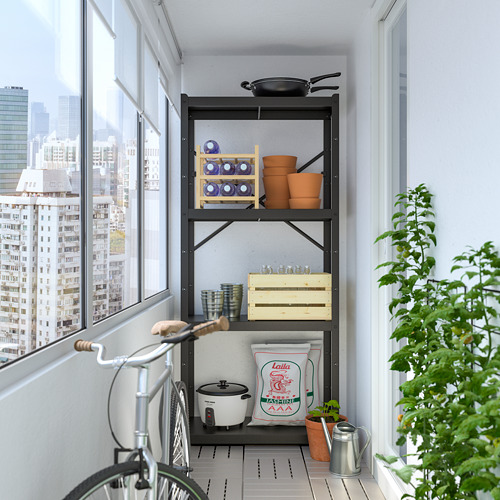 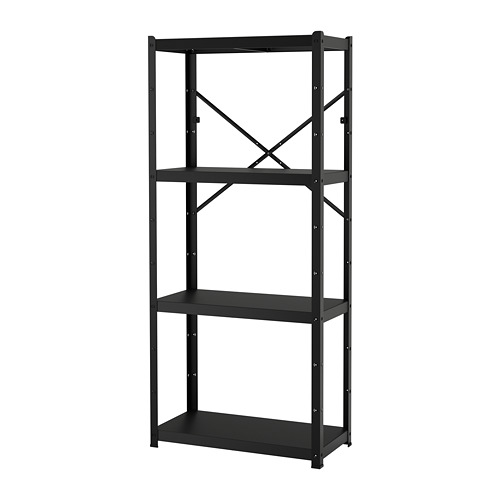 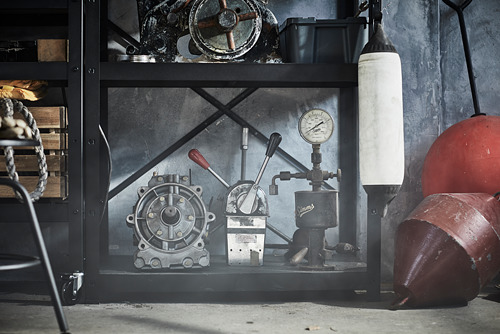 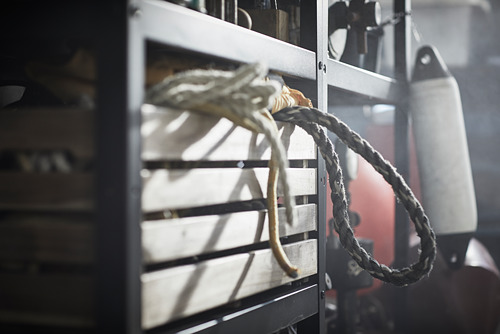 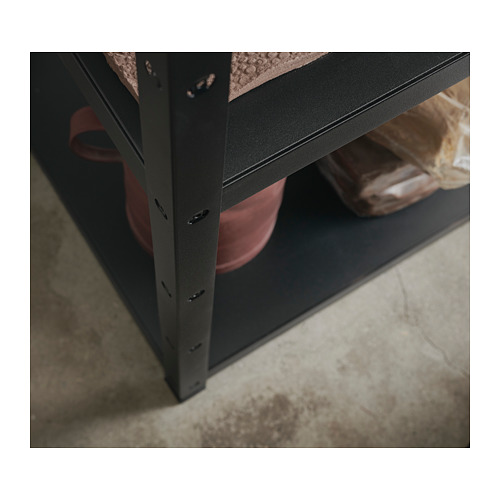 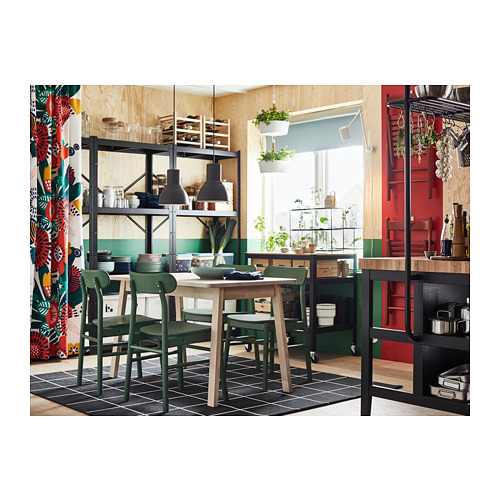 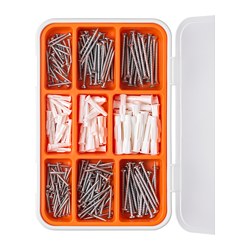 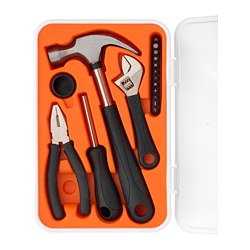 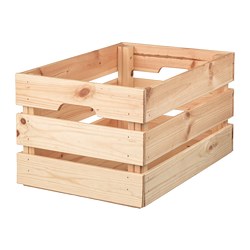 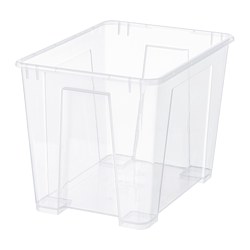 The shelving unit is durable, easy to clean and protected from rust since it is made of powder-coated galvanised steel.

Perfect for big heavy items like tools and books.

You can easily expand your combination if you need more storage by adding on sections and shelves.

Can be used in damp areas indoors.

The shelf is perfect for heavy things since it can hold 95 kilos, which is twice as much load as a standard shelf.

You can use the sturdy, durable shelf anywhere in the home ‒ in the garage, bathroom, kitchen and pantry ‒ since it withstands moisture, dirt and heavy loads.

Wipe clean with a soft cloth dampened in water and a mild washing-up detergent or soap, if necessary.

This storage unit has been tested for office use and meets the requirements for durability and stability set forth in the following standards: EN 14073, EN14074, ANSI/BIFMA x5.9 and ISO-7170.

If you combine two or more shelving units together, you should use the T-connector to make the combination more stable.

We recommend you to fix the furniture to the wall with the enclosed safety fitting to prevent it from tipping over if a child climbs or hangs on it.

For many of us the garage is more than a place to park the car. It’s where we craft and repair, as well as store hundreds of different activities. That’s why before working on the BROR storage system, we spoke to people around the world to find out their garage organising dreams and struggles. Then to make sure our storage could hold anything that was thrown at it, we tested it by loading them with concrete bags. The result is the strongest storage we’ve made so far.

A real tough one

Inspiration for BROR storage system comes from classic industrial furniture. Generous, sturdy furniture that can withstand both dirt and heavy loads, just like BROR. The shelf can actually hold twice as much load as ordinary shelves (3 kg/dm2)! And since the design is clean and simple it fits everywhere indoors – regardless if the surrounding environment is tropically moist or dry and ice-cold.

BROR storage system can withstand a lot. The widest and deepest shelves actually hold 130 kg and the smallest shelves can hold 70 kg. This means that you can store both tyres and heavy flower pots without problems. We know this since we tested the storage system by filling the shelves with concrete bags – all to ensure that they can safely hold almost anything you can imagine storing. Regardless if the surroundings are tropically moist or dry and freezing cold. 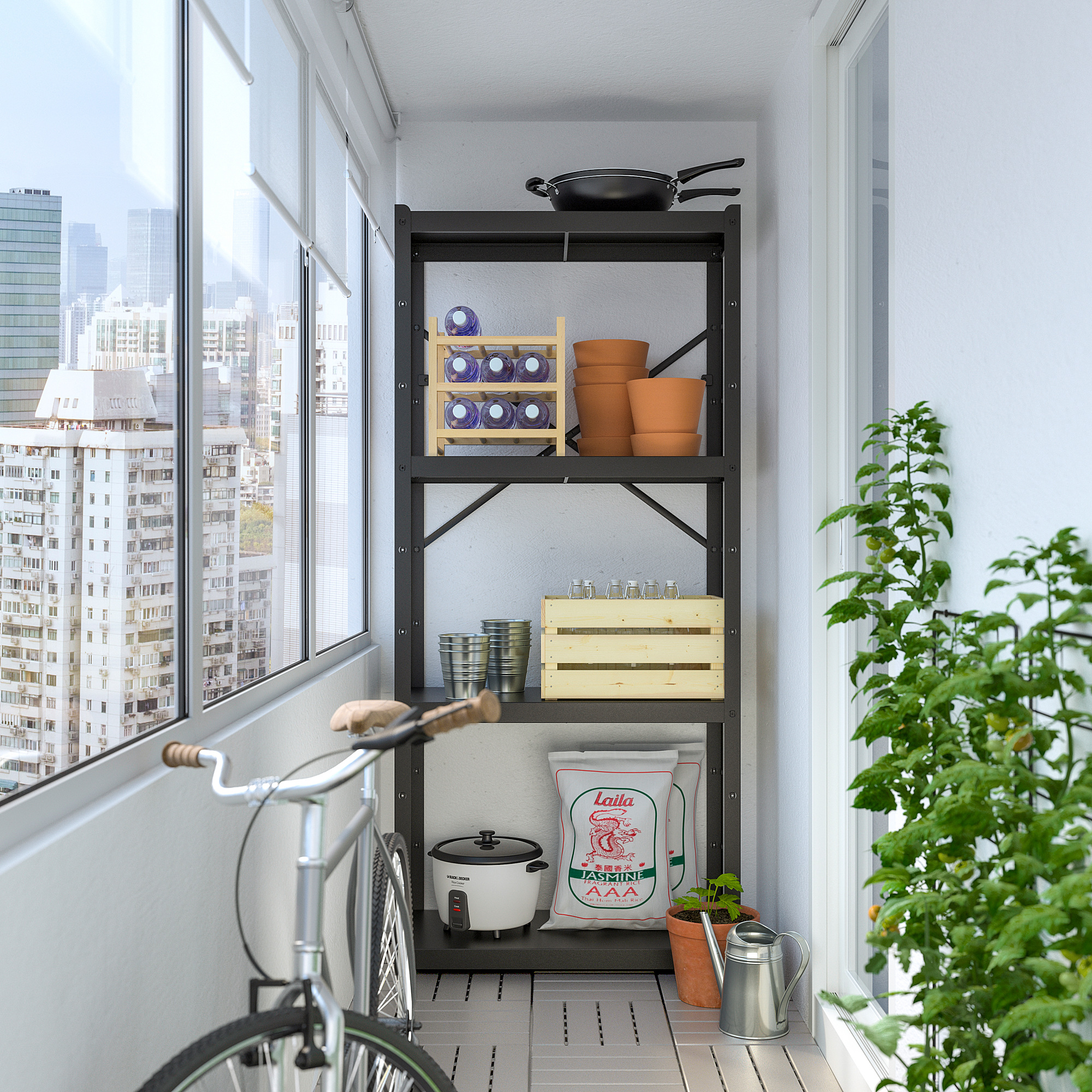 Does your garage sometimes feel like a lost civilization? Pyramids of paint cans grouped around the car, sports equipment you can’t remember even using and forgotten hobbies in boxes stacked high. IKEA product developer Lina Ringefelt wanted to help out. The outcome: the heavy-duty BROR storage system.

Lina and her team researched peoples’ garage needs and found that there’s an interest in everything from full-on hobby rooms, to a place to pot plants and work on cars, as well as storage for everything from heavy power tools to seasonal equipment. Many people also want lockable, closed and open storage that could hold very heavy loads.

“I was inspired by classic industrial furniture typically used in workshops during the 50’s, as well as Meccano, to create the design,“ Lina says. “The idea was to create these beautiful storage units that have double the weight carrying capacity of any other shelves we were making at the time.” Engineer Philip Nedergaard made sure that the design held true to the heavy-duty ambition. “We built some of what we call ‘worst-case scenarios’ by loading the shelves high with concrete bags to really test that the shelves could safely hold almost anything you would want to keep in a garage,“ he says.

The result is an adjustable series of shelving units with closed and open storage, including a trolley that serves as a movable shelf and workstation. But perhaps the series biggest calling card is its combination of looks and function. BROR could definitely be used in the home too.