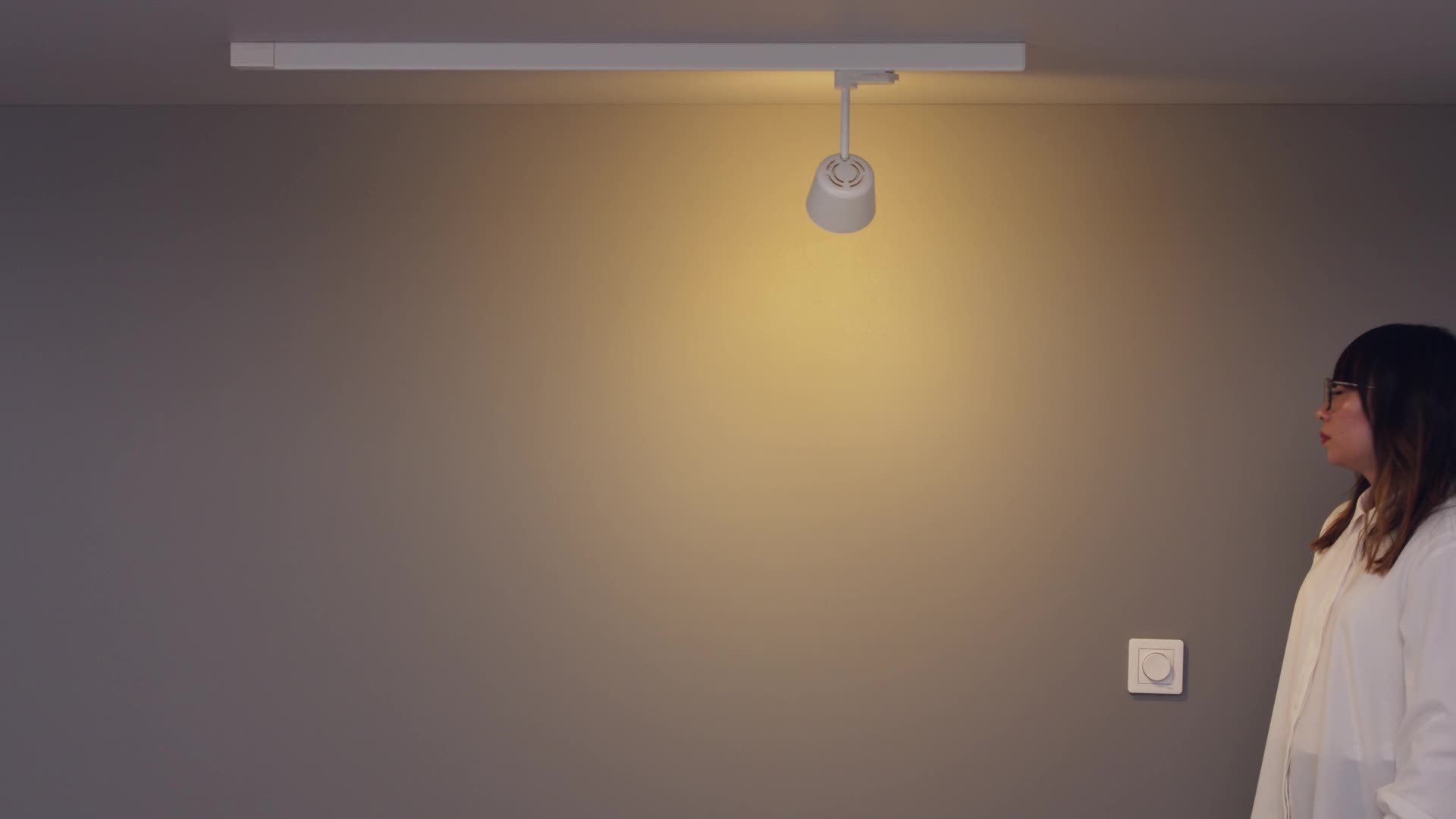 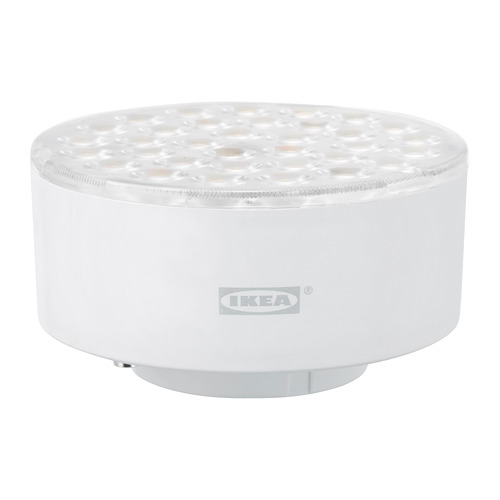 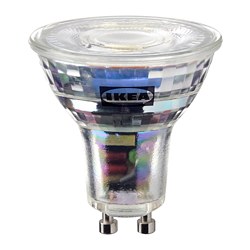 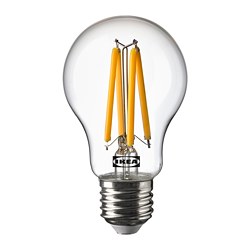 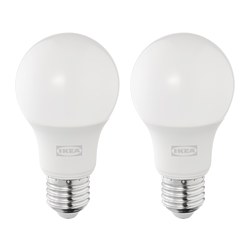 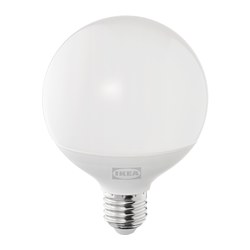 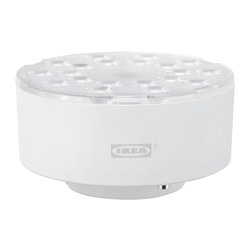 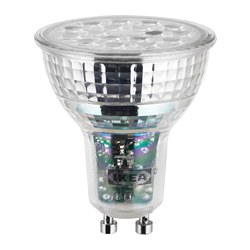 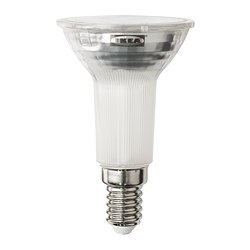 The bulb has two settings so you can choose if you want a broad or narrow beam of light, depending on whether you want general lighting or concentrated lighting on a smaller area.

As the light can be dimmed, you are able to choose lighting suitable for every occasion.

The LED light source consumes up to 85% less energy and lasts 20 times longer than incandescent bulbs.

The more you dim LEDARE bulb, the warmer the light gets, so you can easily create a soft and cosy light.

Whether relaxing or working, this light is suitable. It has two modes, allowing you to choose either general lighting or a concentrated light over a smaller surface. What’s more, it’s dimmable.

To switch between spreading the light wide or narrow, turn and choose one of the two modes located on the light bulb.

Lights up directly when switched on.

When the light bulb is dimmed, Kelvin (the colour temperature of the light) automatically decreases, which provides a warmer light.

We only offer LED lighting in our range. 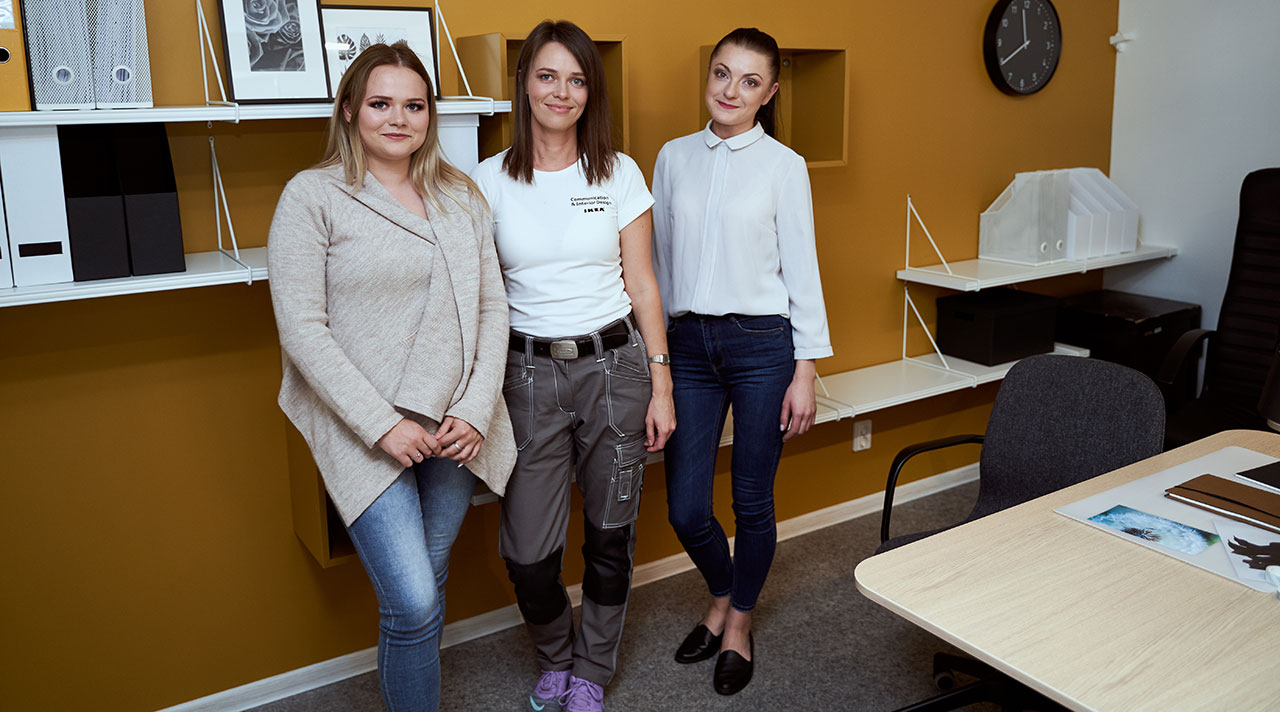 "Home idea with IKEA": starting fresh at the upgraded office

Let us invite you to the office that belongs to one of the flower markets in Vilnius. See how IKEA interior designer Justina Koskauskė has helped the girls working here take a fresh look at their small premises.

It shouldn't be a luxury to live life in a sustainable way. That's why we at IKEA have decided to earn close to nothing on our bulbs called LEDARE, so we can have as low a price as possible.

LEDARE is a series of bulbs made with LED technology and compared to traditional incandescent bulbs they use up to 80% less energy. That makes a pretty big difference on an electricity bill. And if you save energy, you save both your own and the earth's resources. We want everyone to be able to do that. And high prices shouldn't get in the way! Don't low-energy bulbs do enough? Yes, low-energy bulbs are just as good at saving energy. But LED bulbs don't contain mercury, which is an extra plus for the environment and makes it easier for you to recycle. But right now you don't have to think about recycling. LEDs last for about 20,000 hours, which is the equivalent of 3 hours a day for 20 years!

What is a Kelvin value? Well, when we develop bulbs for home use, there are a few things that are important to think about. All our LED lights have 2700 Kelvin, which is exactly the same as a traditional incandescent bulb. The light is described as warm-white, which is the light most of us find comfortable in our homes. All bulbs at IKEA also have a CRI value over 90. That might not say that much to you, but it has to do with creating a light that represents colours accurately. None of us want to appear as if we have green skin, do we? Which would happen if the CRI value were under 80. That's why our suppliers choose only the diodes that have exactly these values, neither more nor less, when they manufacture light sources like LEDARE, or lamps with built-in LEDs.

Just because prices are low on LED bulbs doesn't have to mean that the light is so bad that people are uncomfortable in it. After all, we want to create a better everyday life at home. And preferably one that's sustainable, too!