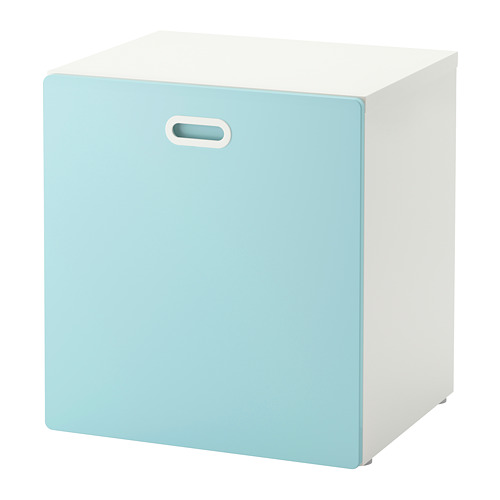 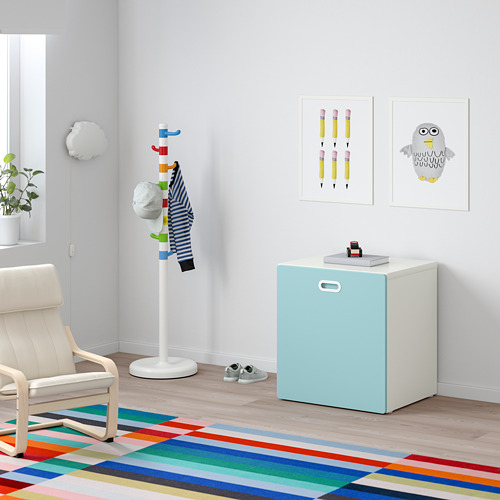 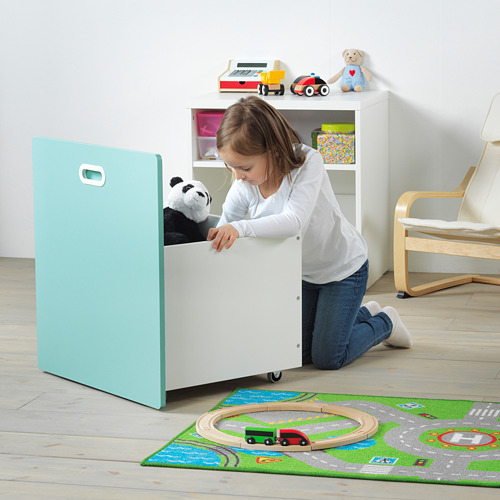 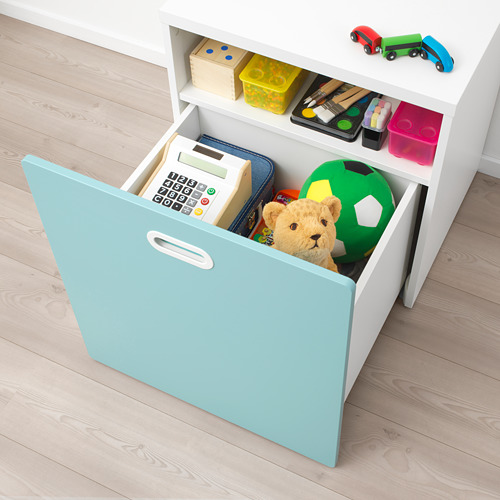 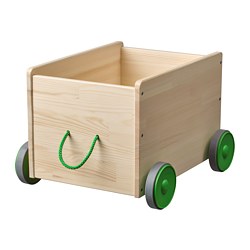 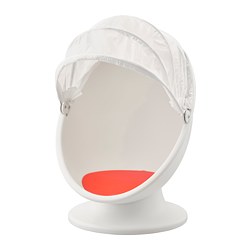 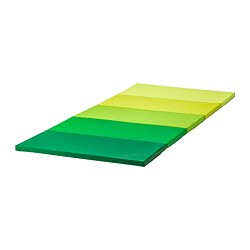 Perfect height for small children. They reach their things and tidy up on their own – or cuddle up on it with a book.

In the box there is plenty of space for large things like soft toys and balls –perfect for tidying up in a flash.

The box is easy to pull out and push in since it has wheels and a grip-friendly handle.

Since all fronts have integrated, pre-mounted handles, there are no holes where dust bunnies can get in.

WARNING! TIPPING HAZARD – Unanchored furniture can tip over. This furniture shall be anchored to the wall with the enclosed safety fitting to prevent it from tipping over.

Different wall materials require different types of fixing devices. The included screws are suitable for wooden materials and the wall plugs can be used for plaster, concrete or masonry. Follow the instructions for the wall type in your home.

Always putting the best interests of the child first

We know how children think (most of the time) and what they need to feel good and develop. So when we create our products, we always use the perspective of a child. That’s why features and dimensions are well thought-out with safety a top priority. We only use toxic-free materials and paints, and create handles that are easy and comfortable to grip for small hands – and we ensure that all corners are round to prevent scratches and bruises. Safe for your child – and for you.

Holds a lot – and can hold more

We know what wonderful chaos a child can create when playing. Here you have a friend to trust when a quick tidying up is needed, perhaps for an entire room. Both a spacious toy box on wheels and a shelf for books are actually hidden behind the front. But that’s not all, you can also add other frames from the STUVA series if you need more storage. 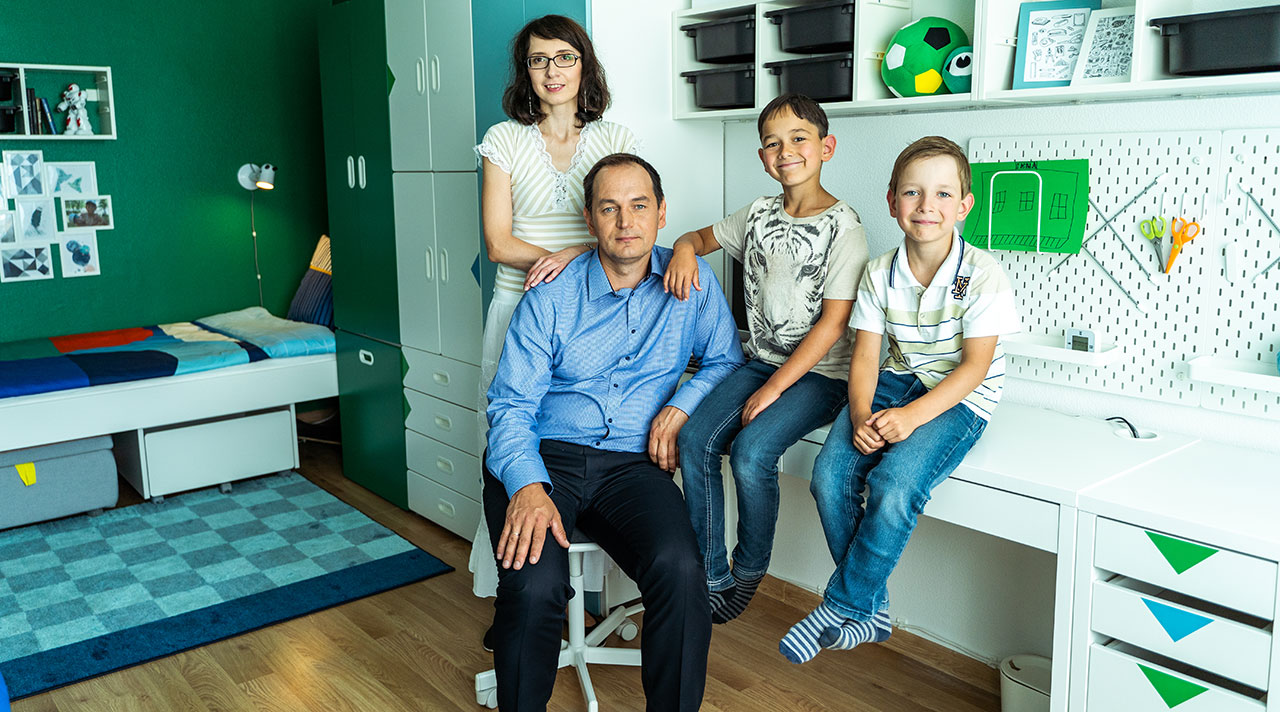 Meet the first heroes of our TV project "Home idea with IKEA". The family of four living in a two-room apartment has long been dreaming of a separate room for their children: a fourth-grader Karolis and a first-former Darius. IKEA interior designer Vaiva Klezienė is here to upgrade their room and make their back to school transition easier. 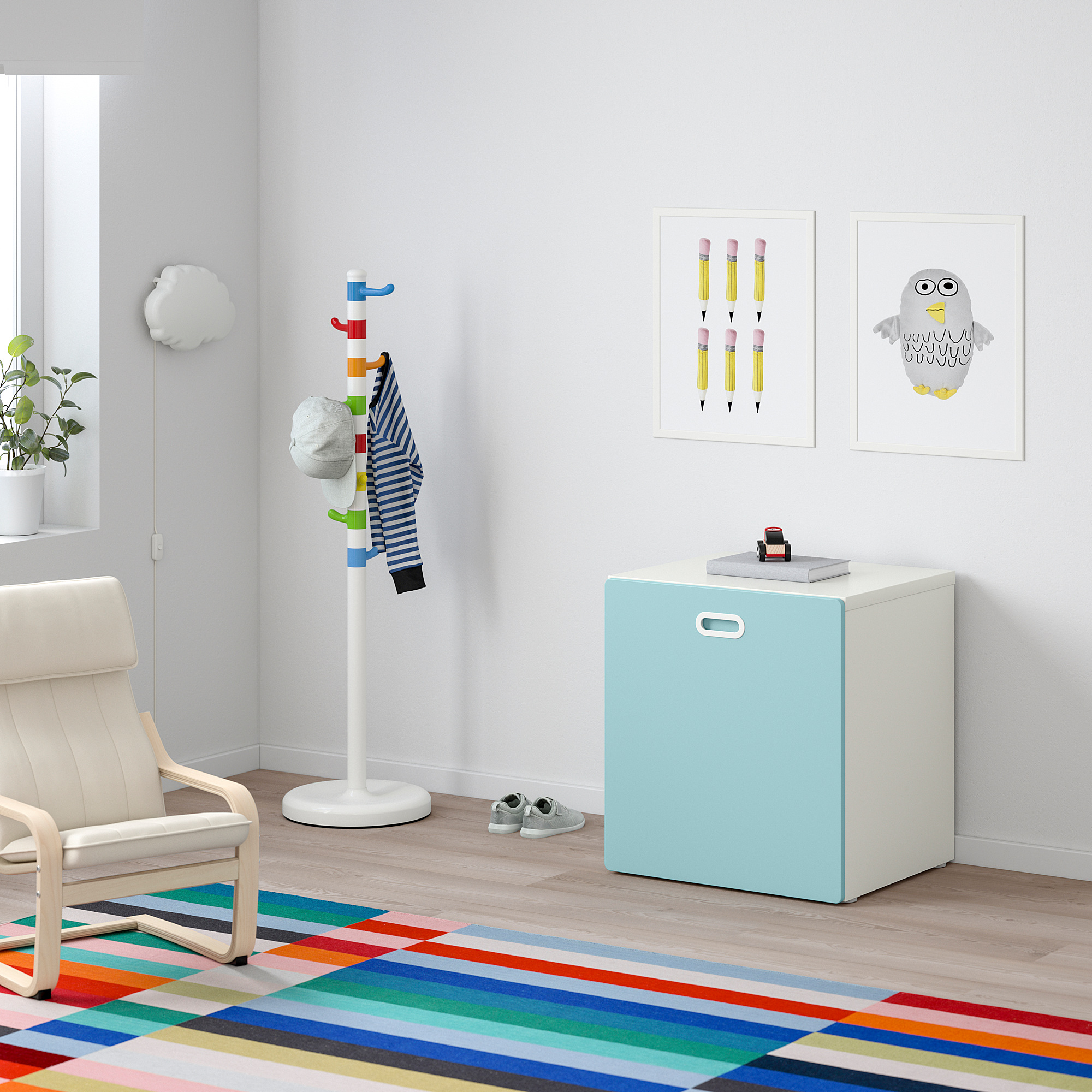 Storage for all children who know best

Have you also stood there and looked out over a sea of toys, clothes and other things? That’s when you wish you had a magic wand to quickly get everything in its correct place. Nicolas Cortolezzis and his colleagues at Children's IKEA don't know much about magic, but they know a lot about smart storage. They developed the popular STUVA storage system. But the rounded openings replacing the usual handles let dust in. After some development work, they found a solution. And made some other improvements while they were at it.

"The idea for STUVA was that all things should have their obvious place in cabinets, drawers and on shelves. We adapted the height so that even a three-year-old in their 'I can do everything on my own' phase should be able to reach their favourite things", explains Nicolas. The response from families with children was positive. STUVA really made keeping things in order much easier. But there was a problem. "When we visited homes some of the families told us that the openings could let both dust and insects in." Back to the pattern shop. The solution: a recess in all doors and drawer fronts. "The handle would still be an integral part of the front, so that nothing stuck out. We also wanted to keep the grip-friendly shape, but rounded the edges slightly." The team also added new colours, such as tomato red and green. And all parts were safety tested again.

STUVA/FRITIDS might not create a great deal of magic, but smart and safe storage can at least help you enjoy small moments of orderliness and peace of mind in everyday life. And regardless of living situation, it's important with well-thought-out design and colour, according to Nicolas. "We wanted to give STUVA/FRITIDS a cheerful and playful look. Good storage doesn't need to be boring."