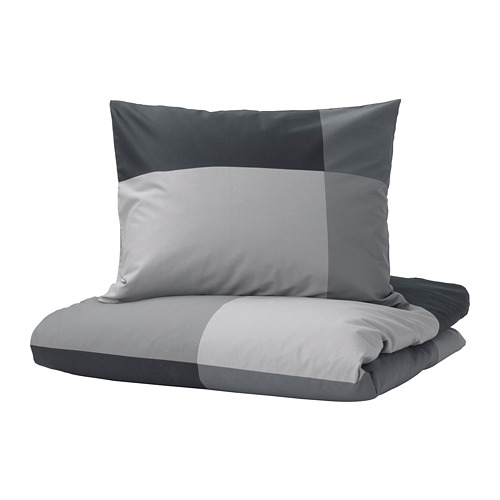 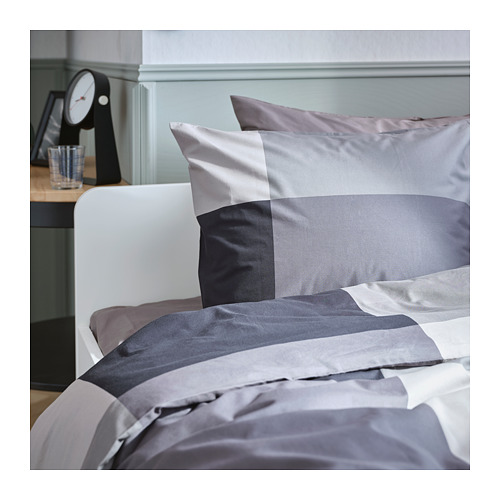 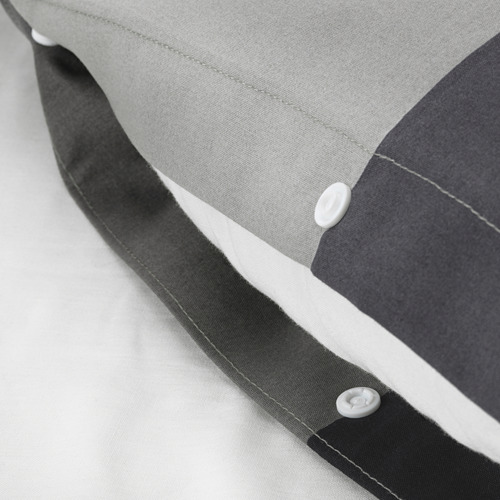 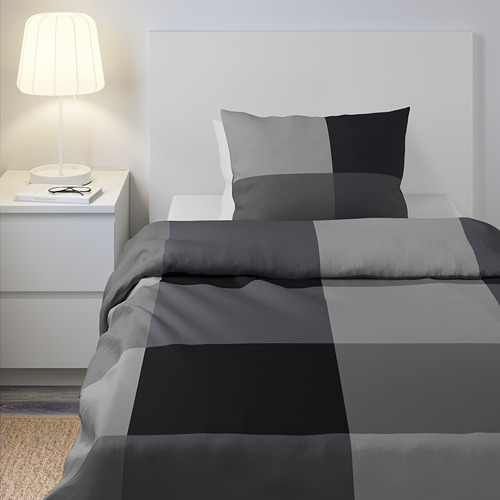 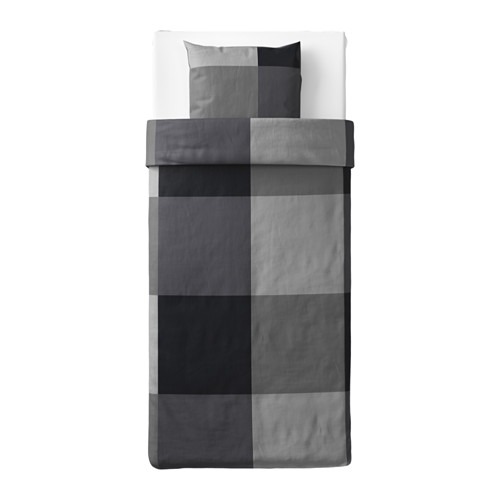 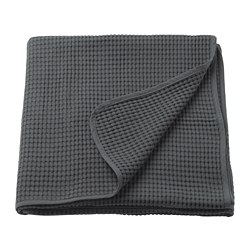 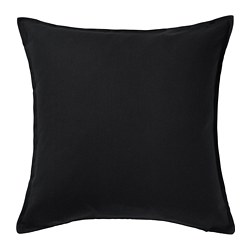 Made in 100% cotton - a natural and durable material that becomes softer with every wash.

Each pillowcase is made from random-cut fabric giving each one a unique look.

Over the last 15 years, more than 20 million people have tucked in under a BRUNKRISSLA quilt cover at bedtime - a reality that’s beyond the wildest dreams of its makers. BRUNKRISSLA was designed to be a pop of colour for a season or two. But so many people loved it that we had to make more! A decade and a half later, people are still taking BRUNKRISSLA home for a good night’s sleep. Everyone can rest easy knowing we work hard to make sure you can get the products you love.

Cotton that’s better for everyone

Cotton is loved by everyone since it is a durable and soft natural material that breathes. To care for both the environment and people, we only use cotton from more sustainable sources, which means that less water, fertilisers and pesticides are needed, while growers see higher profits. But we don’t stop there. We are constantly developing new methods to make the world we leave for our children even better.

Non-chlorine bleached. Renewable material (cotton). All the cotton in our products comes from more sustainable sources. This means that the cotton is either recycled, or grown with less water, less fertilisers and less pesticides, while increasing profit margins for the farmers. 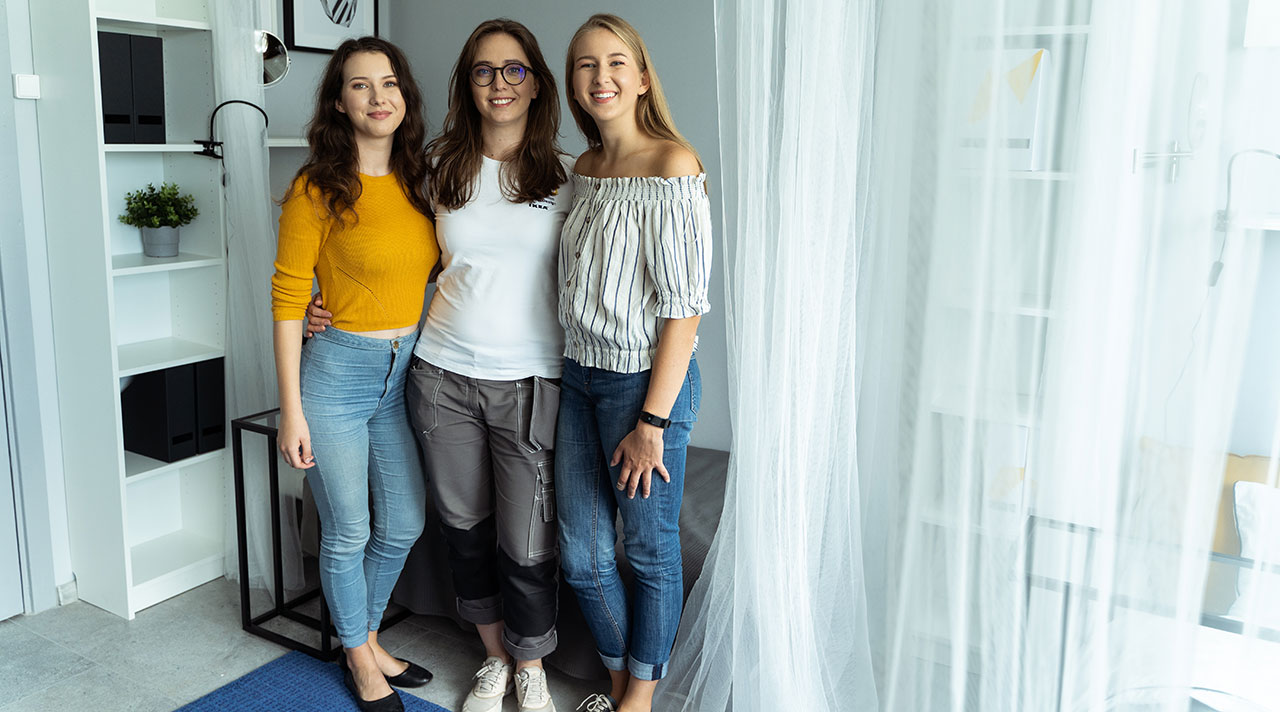 "Home idea with IKEA": new beginnings in a student dorm

For students, starting a new school year often means heading to new places and finding a new temporary home. Our interior designer Gintarė Gumenikovaitė-Barzdė is here to prove that any place can turn into a cosy and comfortable home, even if it is an old dorm room. 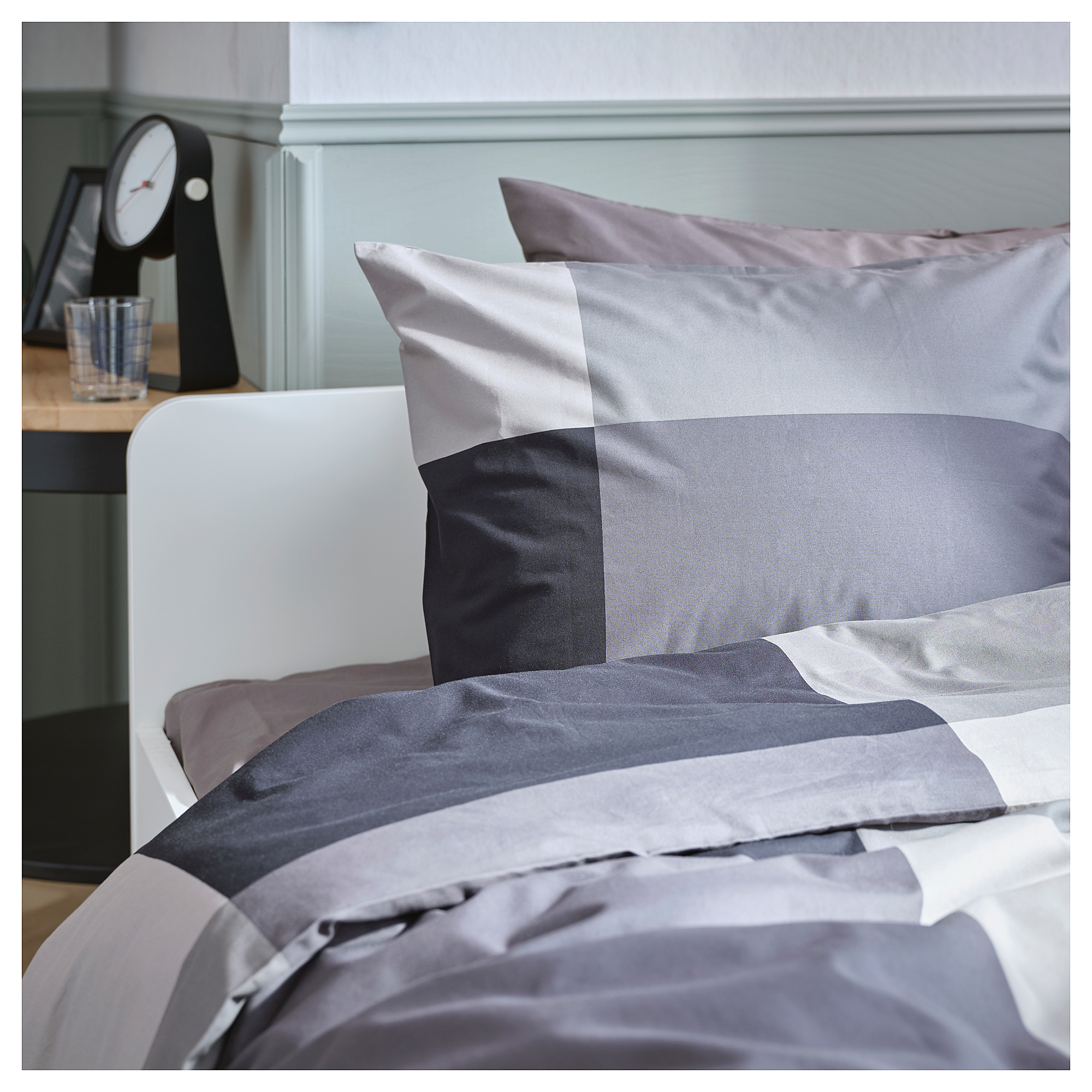 Over the last 15 years, more than 20 million people have been tucked in under a BRUNKRISSLA quilt cover at bedtime. It’s a reality the developers and designers of the popular product never imagined in their wildest dreams. We thought we were creating a short-lived pop of colour for the bedroom that would last a season or two before people wanted something else. We were very, very wrong.

In her 40 years working at IKEA, Ann-Sophie Karlsson has never seen anything as surprising as BRUNKRISSLA. Her job is to make sure products get to the customer and store shelves stay stocked. She was part of the team that brought BRUNKRISSLA to stores back in 2001. At the time, we thought it would be a fun and fashionable decor addition. We were confident people would like it, but had no idea how much. “Our customers just fell in love with this quilt cover immediately,” says Ann-Sophie. The factory making BRUNKRISSLA created 300,000 quilt covers to start. It wasn’t nearly enough. The next year they made double... and it still wasn’t enough to keep pace with how quickly people were picking up BRUNKRISSLA from store shelves. By 2003, more factories and more workers were hired to keep up, creating five times as many quilt covers as before. That year, 1.6 million BRUNKRISSLA quilt covers were made and sold. Since then, every year more than a million customers take BRUNKRISSLA home to snuggle up in.

In a world where fashion trends change almost as quickly as the weather, BRUNKRISSLA is a rarity. “It’s still there because it’s so popular,” says Ann-Sophie. “A lot of customers like BRUNKRISSLA. We have met customers out in the store who say ‘I’m here to buy BRUNKRISSLA for the second time or for the third time’.” That’s why all our customers are the ones to thank for BRUNKRISSLA’s long run. And you can all rest easy in your BRUNKRISSLA covered beds at night, because no matter the latest fad, we always strive to ensure you can get the products you love.